It has been a long time coming, but I finally managed to visit the Welsh Quilt Centre in Lampeter this last weekend. ‘My man’ and I had a lovely weekend away with some dear friends and whilst the chaps went walking and watching a little Lion’s tour Rugby, the girls visited the Quilt Centre and National Wool Museum. 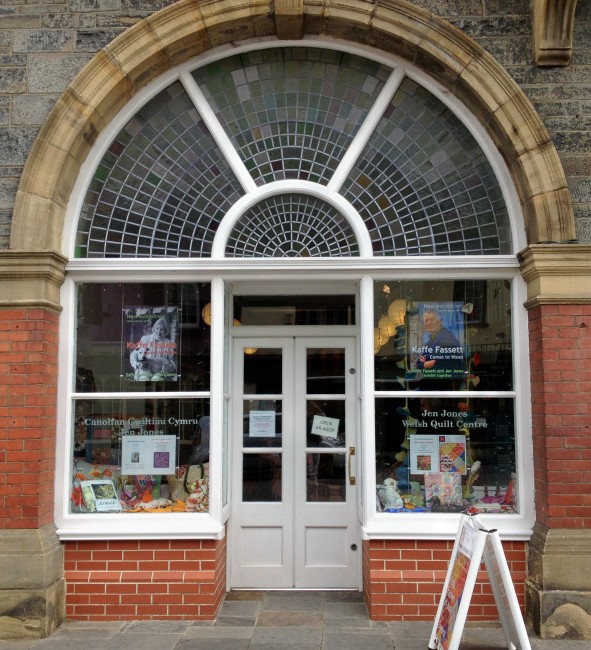 The Quilt Centre is the brain-child and hard work of Jen Jones. Originally from the USA, Jen settled in Wales in the early 70’s already a lover of quilts.

Jen’s obsession with quilts was triggered by those in her family’s home in Massachusetts but it was not until she arrived in Wales in 1971 that this obsession came into its own. Since then she has been selling and collecting Welsh Quilts and has acquired a deep knowledge and understanding of the art and craft of Welsh Quilt-making. 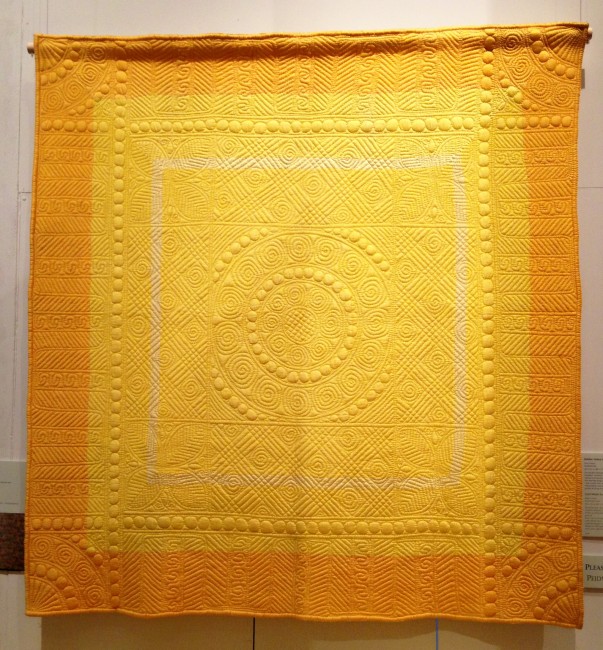 Jen’s long time aim was to open a centre of excellence to celebrate Welsh quilting. This ambition was fulfilled in July 2009 when the Welsh Quilt Centre was opened in the splendidly refurbished Lampeter Town Hall. It was officially opened by HRH Prince Charles.

One of the reasons the centre was created was to keep the skills of quilt making in this part of Wales. The centre runs many courses during the year, helping to keep the craft of quilting flourishing, and teaching a new generation of quilters. 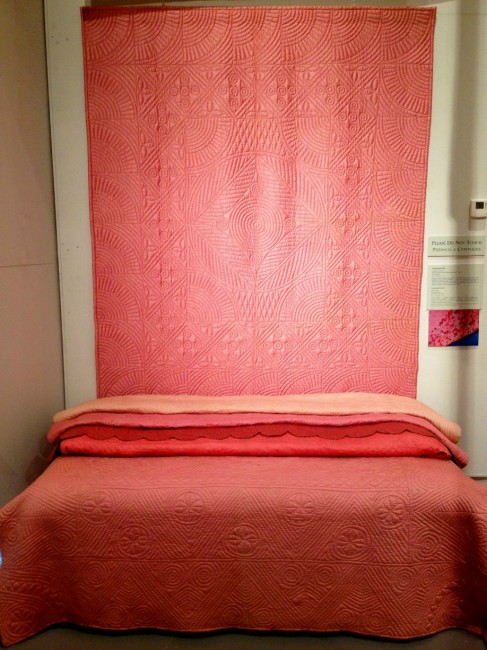 Our visit was planned to coincide with a current exhibition of Kaffe Fassett Quilts. This exhibition is running from 9 March to 2 November 2013 and is one of the largest ever shown. Kaffe’s vivid bold patchworks are shown alongside the beautifully stitched antique Welsh quilts from the Jen Jones collection. This in turn provides a stunning contrast of modern and traditional quilts. 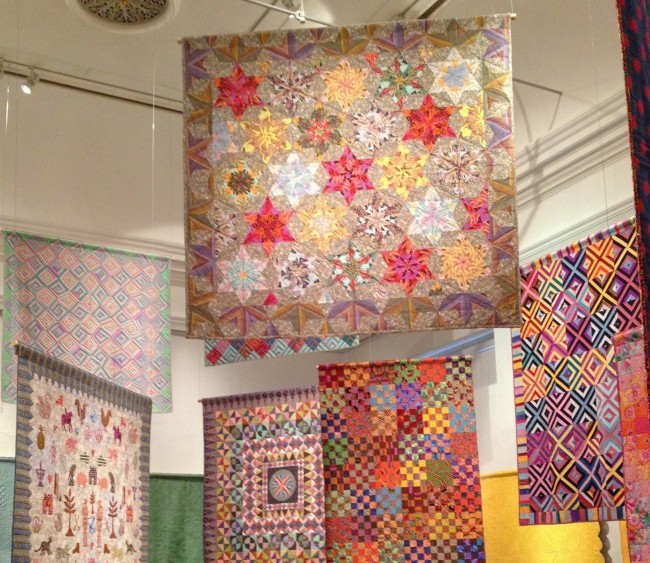 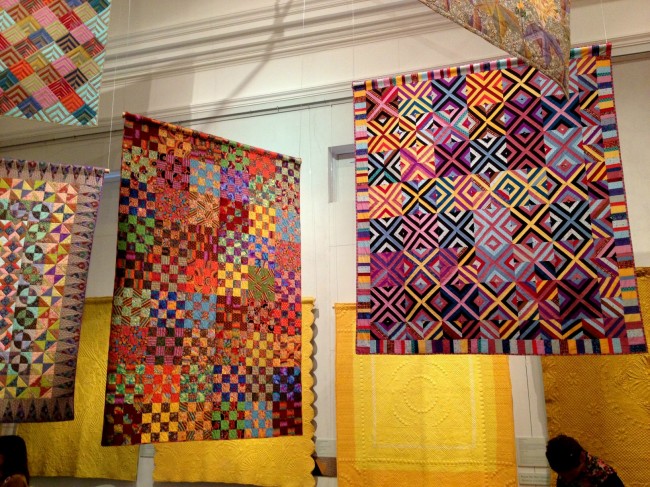 chevrons quilt on right – snips and snails on left 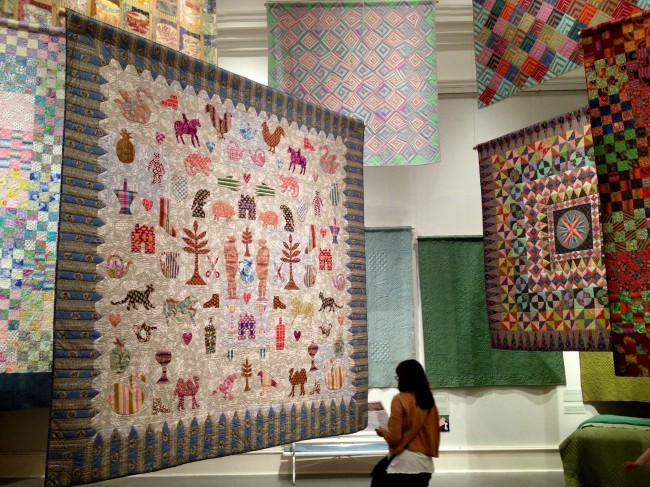 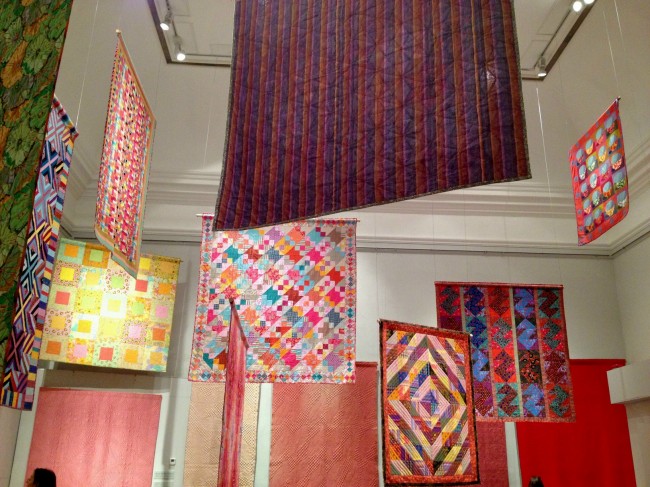 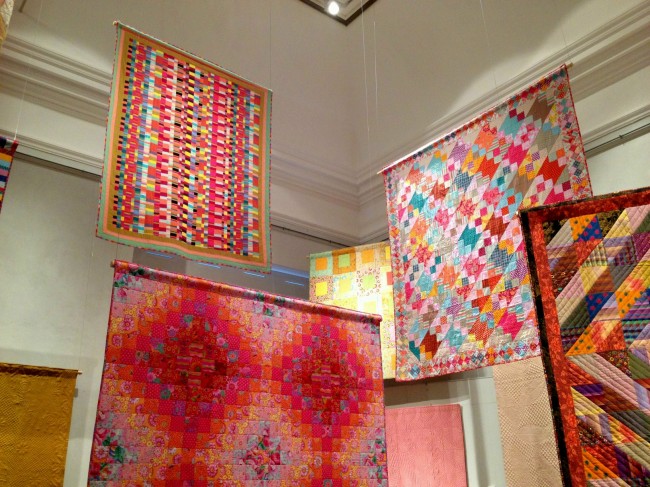 a selection including blush

I urge anyone to go and visit during the next few months, it is so so worth it. The photos don’t really do the colours and sheer impact justice but we were not allowed to use large cameras or a flash. These were all taken with my phone, but they give you a good idea of the splendour and grandness of it all. 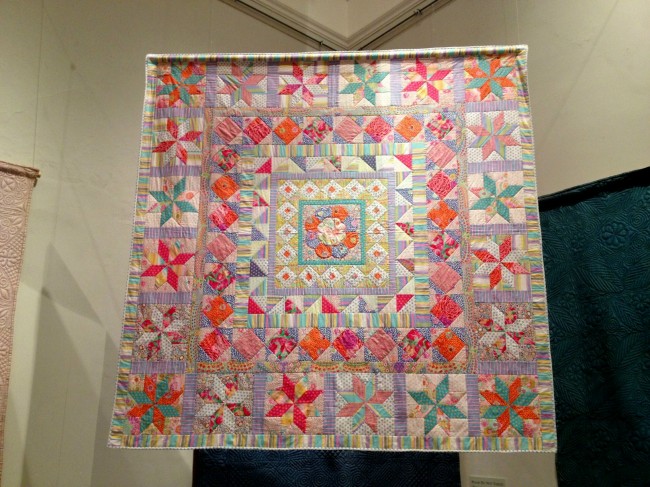 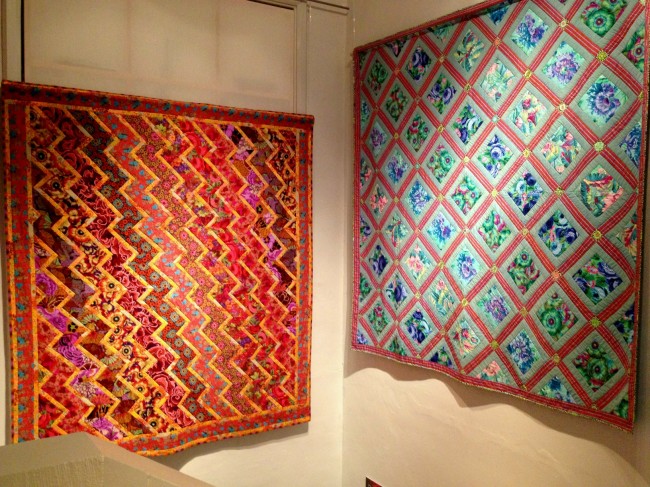 lightning on left and aqua panel on right

Enjoy…more to come next time from the National Wool Museum. x