A new week – a new square! This week a little four leaf clover… 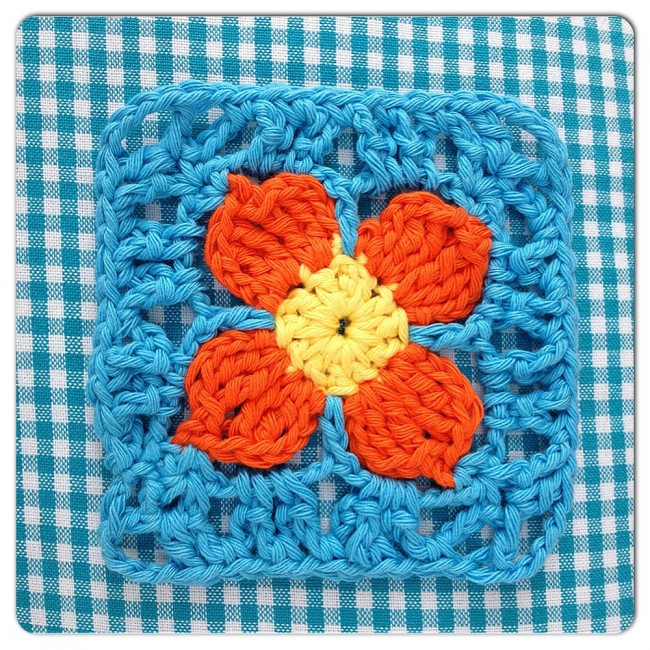 Fasten off and join new colour at any 3-picot.

Fasten off and weave in end. 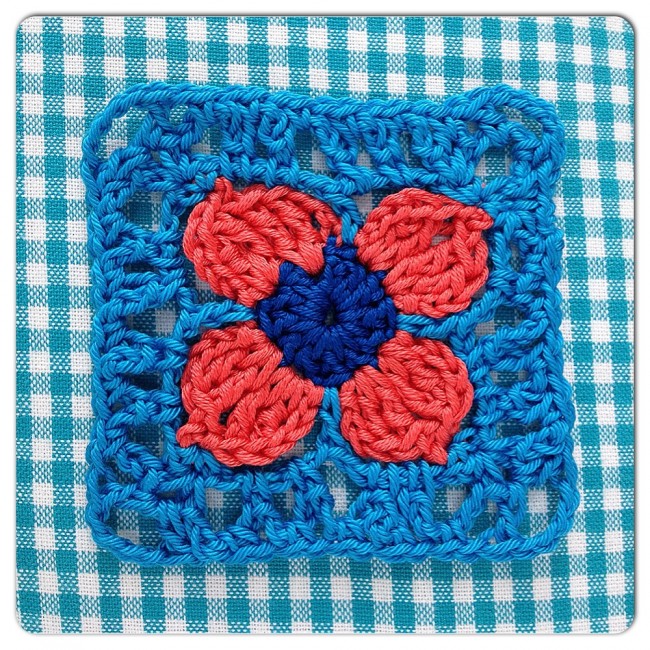 Enjoy! and hope you have a lovely week. xx