another week, another square. We are now just over half way working on our ‘homely blanket’s’ and mine is certainly beginning to look pretty lovely and colourful. Just as soon as I have sewn on the latest few squares I will post an updated photo for you to see.

This week we have some more popcorns to do… 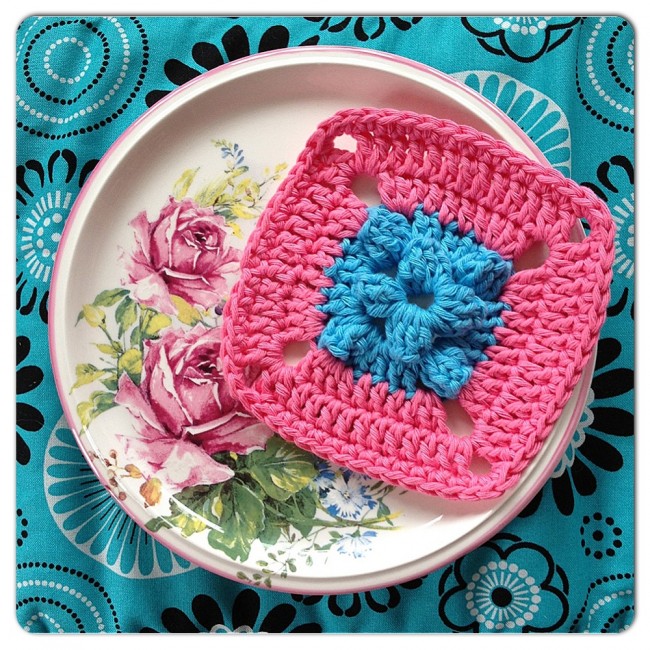 Popcorn (PC) explained: Work 5tr into same space, drop loop from hook and insert hook from front to back through top of first st in the popcorn yarn into dropped loop, yarn over and pull through the two loops on hook.

Rnd 5: 1ch, work 1dc in each st around, working 3dc into corner spaces. 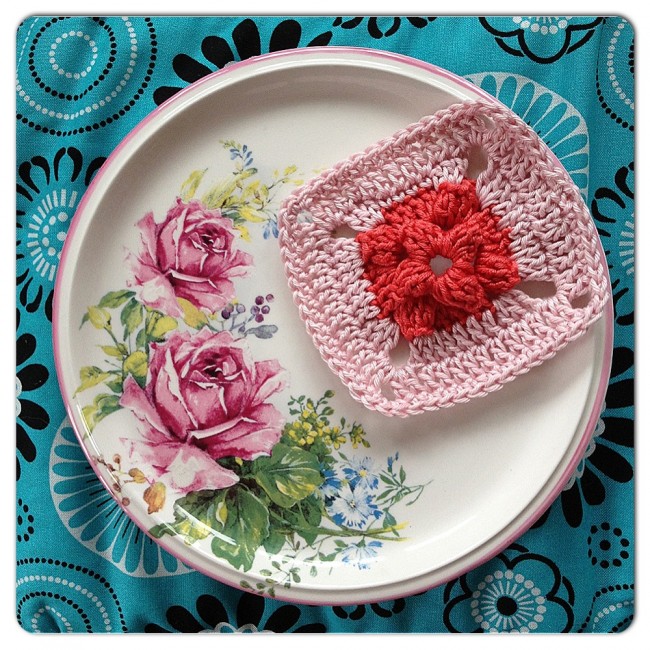 PS: I will be in the Greek Islands for the next 10 days, taking in the delights of the Mediterranean sun and sea as well as spending time re-charging batteries and soaking up new inspiration. There will be no square next weekend, so plenty of time for you all to catch up. 🙂