Another week has passed and you won’t believe it if I tell you that Summer is still here. Yes, I know it is very hard to believe that here in North Wales we have had 14 consecutive days of sunshine, blue skies and NO rain…Hurrah!!! The other day I heard that this glorious weather is here to stay until the end of the month or even longer…people are beginning to wonder if they should have booked expensive holidays abroad when it feels like Italy, Spain  or even Morocco right here at home. If only a little housekeeping fairy would move in to do all the boring jobs…I can dream though!

It’s lovely to sit out in the garden every day and do a little crochet or knitting, and this weeks square has been developed outside under the shade of the apple trees. I hope you enjoy making it… 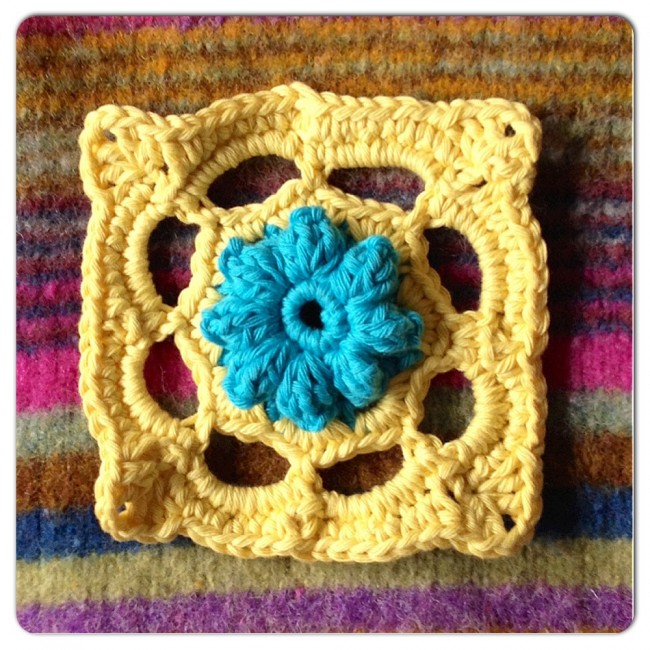 How to make a Popcorn:

Make 5tr in one stitch, drop loop from hook and insert hook from front to back through top of first stitch in the popcorn and then into the dropped loop, yarn over and pull through both loops on your hook. 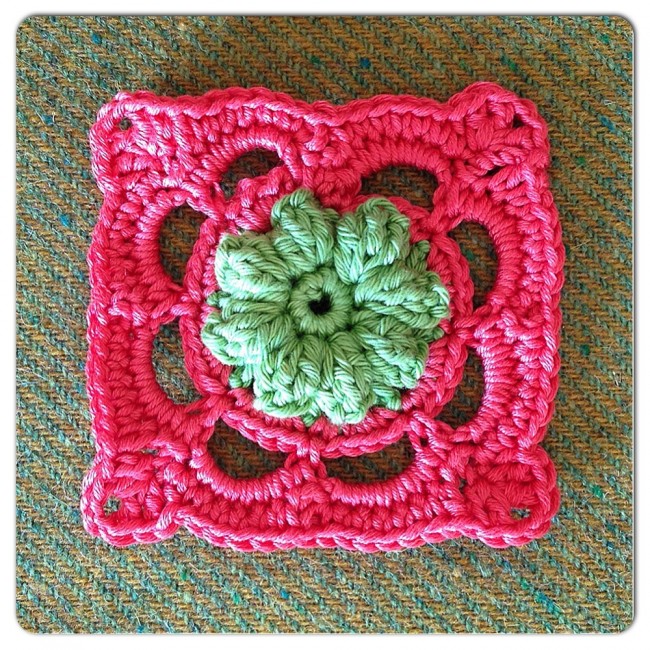 Have a lovely happy and sunny weekend wherever you are x

PS: I will be away in the French Alps with some of my ‘yarny friends’ from next Thursday for a week of walking, knitting/crocheting, laughing, chatting, eating, drinking and generally having a lot of fun. I will try very hard to get a new square to you next Friday but if I can’t…please forgive me (I am sure you have lots of other lovely projects to make)…:) xx