can you believe it…a whole week has passed since I wrote last!!! It clearly has something to do with the weather, as unbelievably we have had glorious continuous sunshine for a complete week with temperatures reaching 28 C on a couple of days. This is most unusual for North Wales, and according to Derek, our weather man, this hot spell is here to stay for at least another week…yippee!!!

After a huge stint working in the garden the other weekend it is all looking very lovely, and this week I have been extremely lazy with the house work chores. Most days, after a quick zoom around the house, I have spent my days sitting outside with my crochet working on…well, this and that. 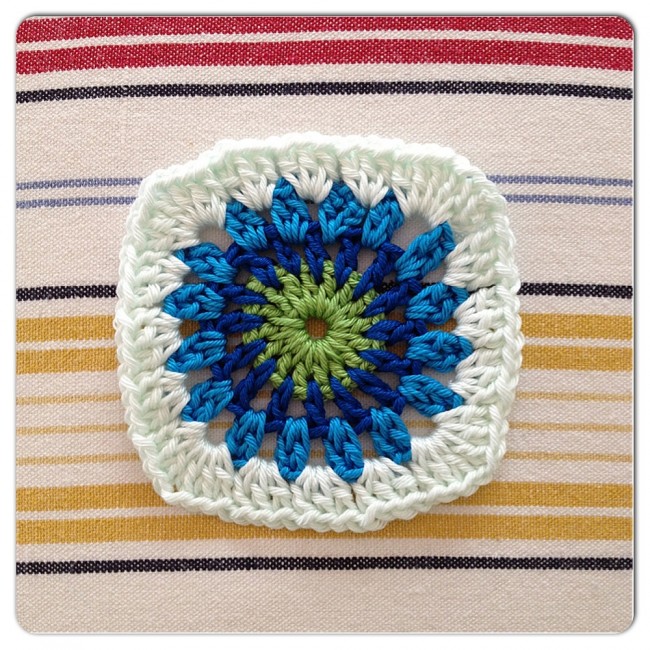 Rnd 1: 16tr into ring, ss to join. Fasten off and join new colour between any 2tr. 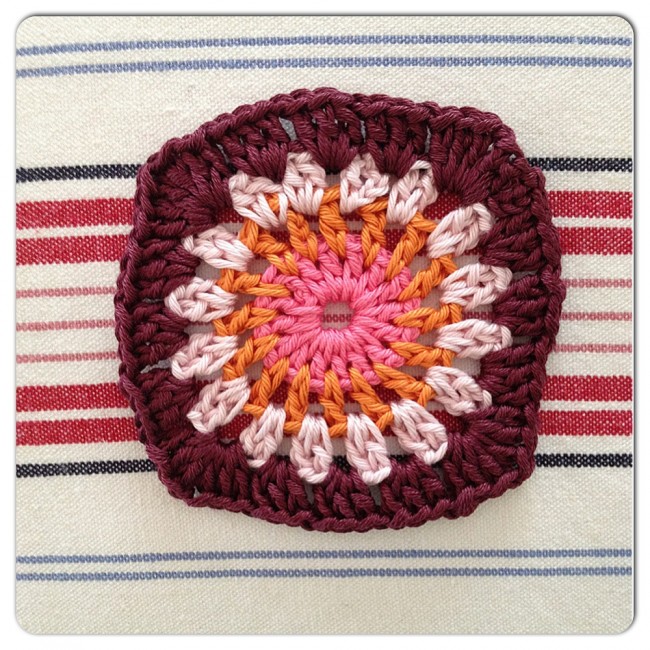 I made both my squares using the same yarn this week, only changing colours to achieve two different looks. These square are quite small and are perfect to use as gap fillers between large and smaller squares when assembling.

How are you all getting on with your squares?

How many have you all made?

What yarn are you using?