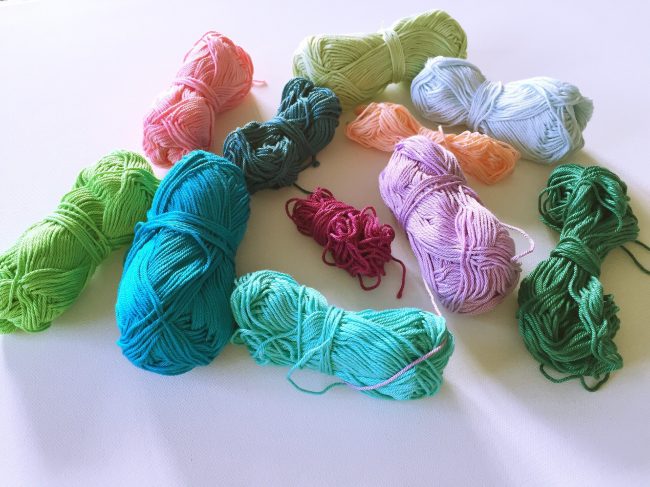 Hello friends, how have you been? Sorry I have been so absent from this little space, but since the Retreat finished it has been a bit of a manic time. Mainly it’s been about preparing for workshops in Germany at the Schwabsburg Wollfest. This yearly event, which is organised by my friend and co-host of the Knitting Retreat Claudia of @wollsinn, takes place during the first weekend in June every year. I am very lucky to be invited to teach one or two workshops every year, and this year it’s all about the magic of Mandalas. 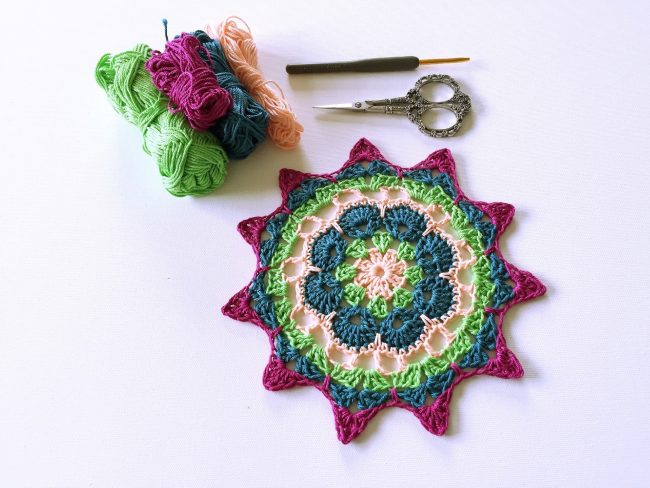 Mandalas, meaning ‘circle’, represent wholeness, a cosmic diagram reminding us of our relation to infinity, extending beyond and within our bodies and minds. The mandala appears to us in all aspects of life, the Earth, the Sun, the Moon and more obviously the circles of life encompassing friends, family and communities.

Mandalas are usually circular designs symbolising the notion that life is never ending. Many mandalas have spiritual significance to an individual or group of individuals. The Hindus were one of the first people to use a mandala as a spiritual tool, but the mandalas most of us are familiar with, are ones made by Buddhists. 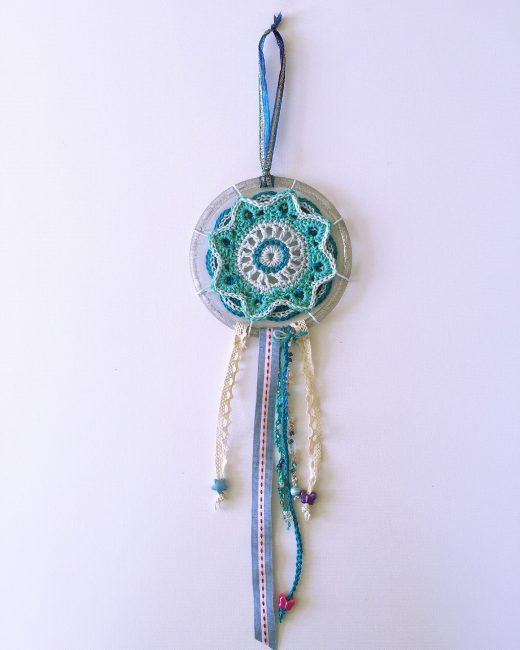 Crochet Mandalas, in bright and cheerful colours, bring joy and happiness to our everyday life. They can be used in many different ways and come in many shapes and sizes. Perfect for beginners and more advanced crocheters alike, they are perfect for using up small amounts of yarn, playing with new colour combinations and trying new stitches. They are great portable projects and make fabulous gifts. 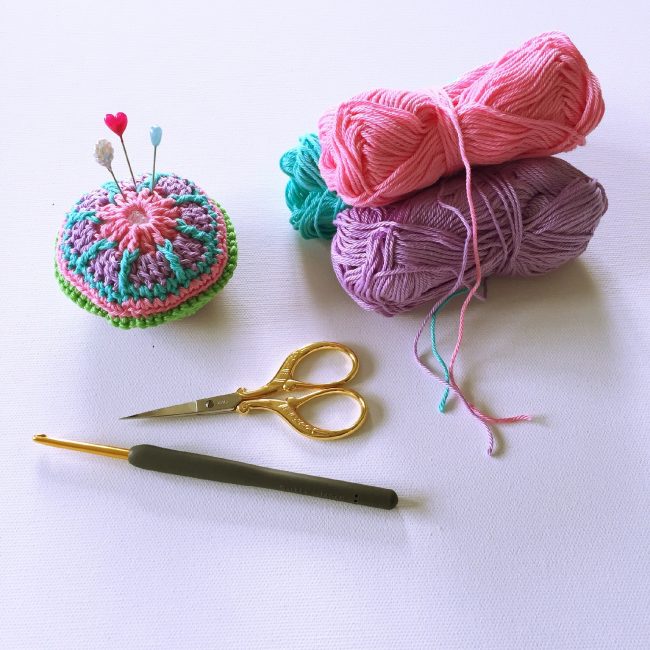 Remember this little Mandala Pincushion from a post a few weeks ago? A little bit of spiritual wholeness on your desk and useful too. You can still find the free pattern here.

If you have never made a Mandala give it a go, they are very therapeutic to make. But we warned, they can be quite addictive. 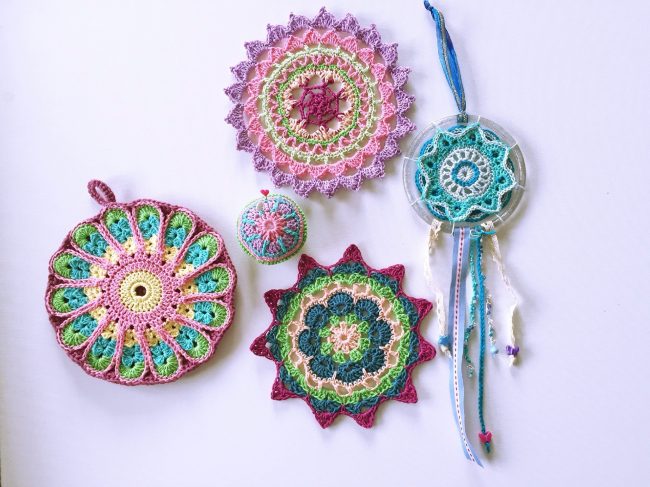 As you can see, I have quite a colourful weekend ahead of me. I am leaving for Germany in the morning with my friend Julie. We will be spending time in picturesque surroundings, meeting lots of lovely people who like all things yarny as much as we do. I’ll report back next week and hope you’ll join me then. Until then… 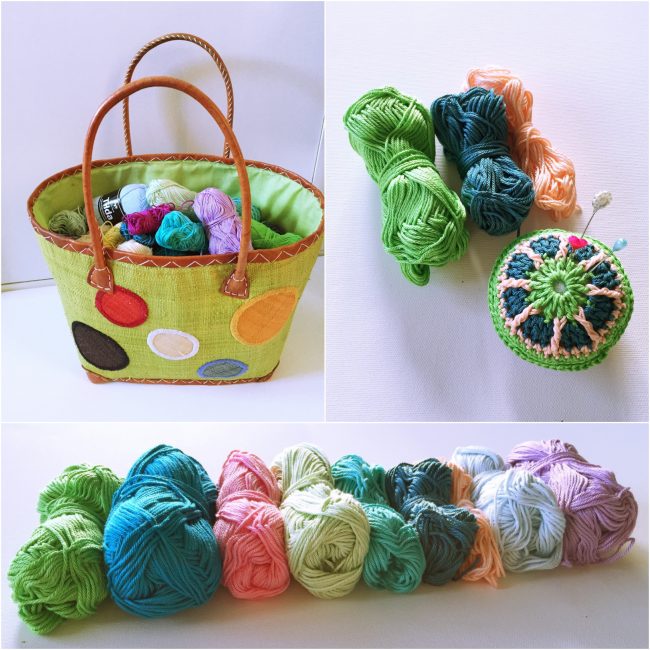 Hello friends, how have you been? It’s been a busy old time here at Made with Loops with preparations in full swing for our upcoming Knitting Retreat starting on the 8 May. We still have two places open, why not join us for a fabulous week of yarny fun in beautiful Wales. Find a link to all the details in the right column of this blog. 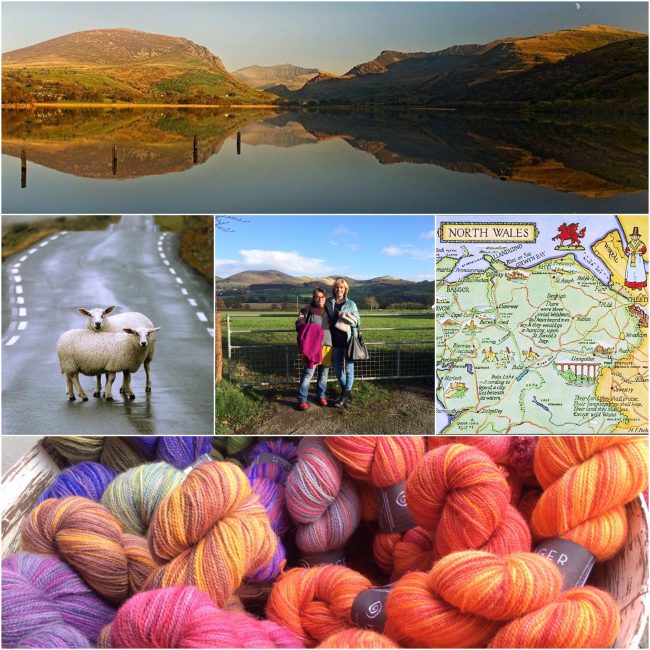 Not long now and we will be starting our Crochet Along. We are thrilled that so many of you have already signed up for this, but just in case you have missed what the excitement is all about, you can find all the details here. 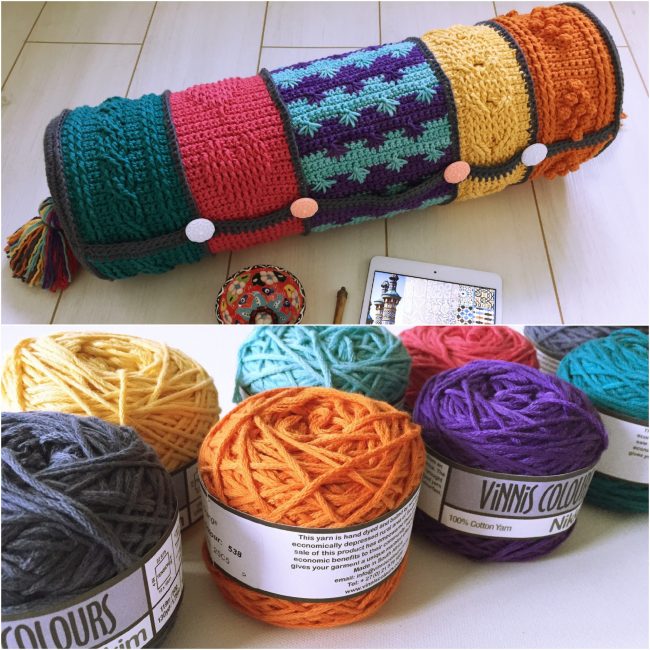 To get you into the crochet mood and to practice your FPDtr (Front Post Double Treble), here is a wee free pattern for a

You will need some leftover yarn, 4ply mercerised is best (I used By Claire No 1)

3.5mm Crochet Hook, a darning needle and some toy stuffing.

Make another the same.

Finishing: With wrong sides together, dc crochet together leaving small gap. Fill using toy stuffing and then close the gap.

These make great little gifts or just spoil yourself. 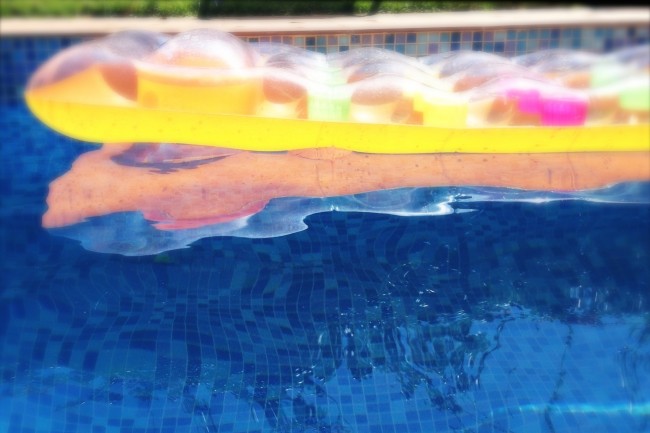 Made with Loops will be away until the 4th August 2014

To make sure you have something to keep you happy and brighten up your every day,

here is my latest Mandala/Doily for you to make… 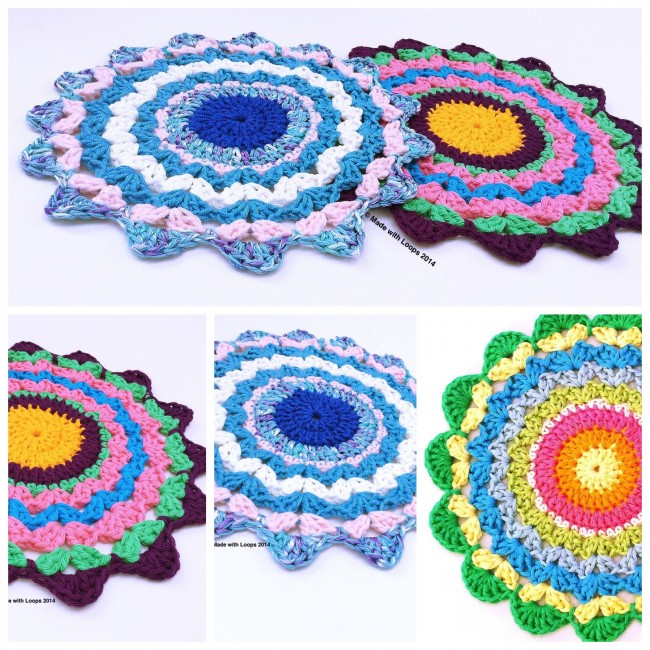 Ch5, ss to join into a circle 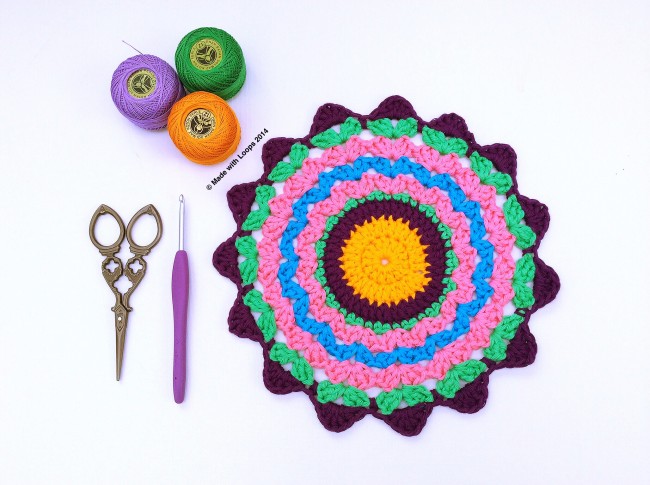 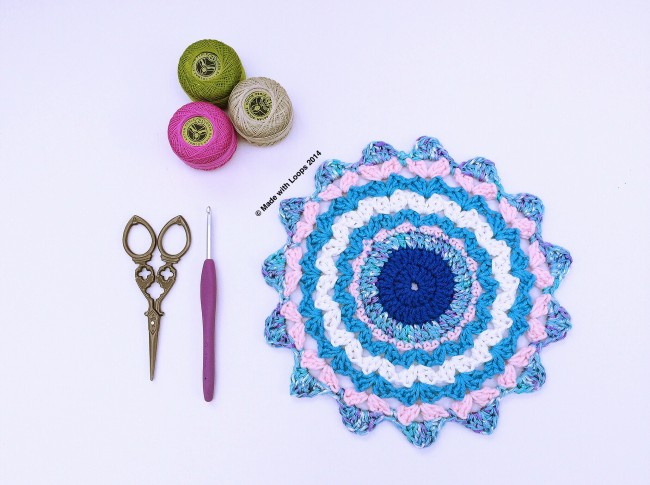 Fasten off and weave in all ends. 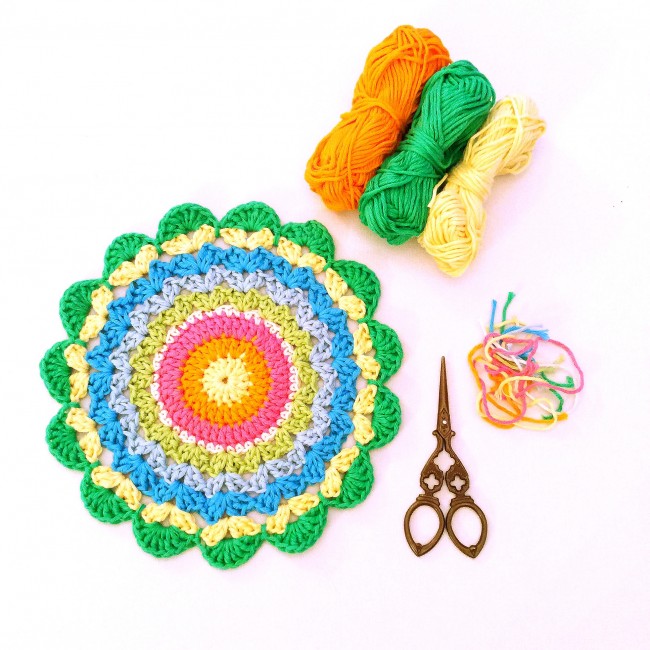 You can use any yarn you fancy, just as long as you have fun!

See you in a couple of weeks…Enjoy! 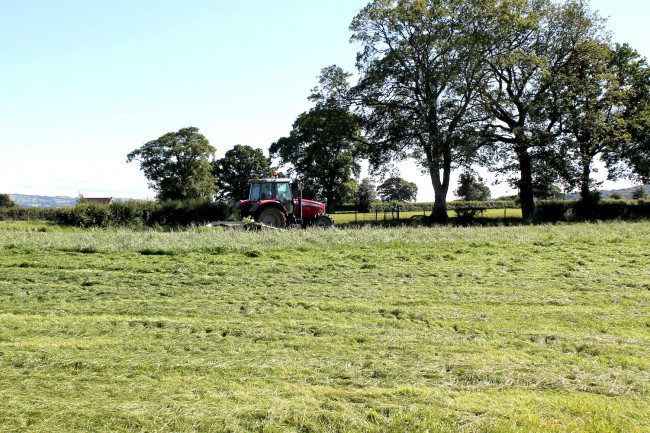 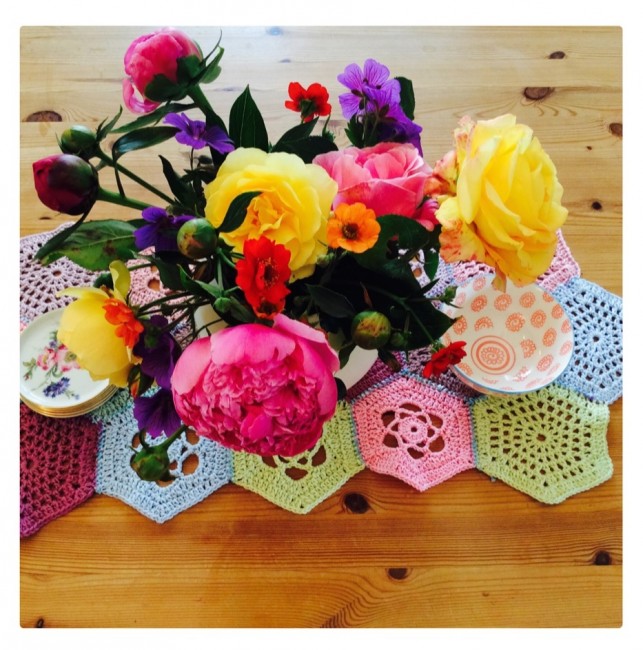 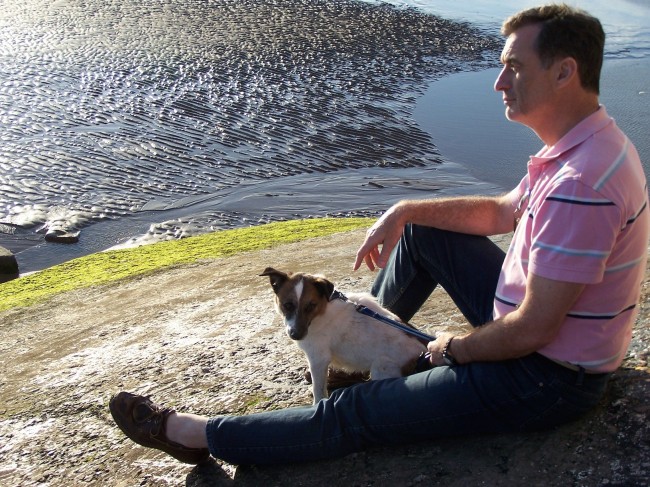 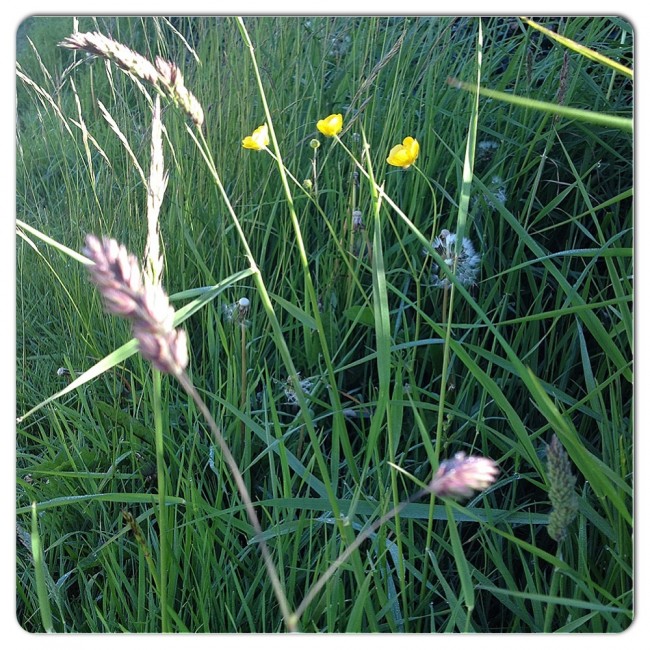 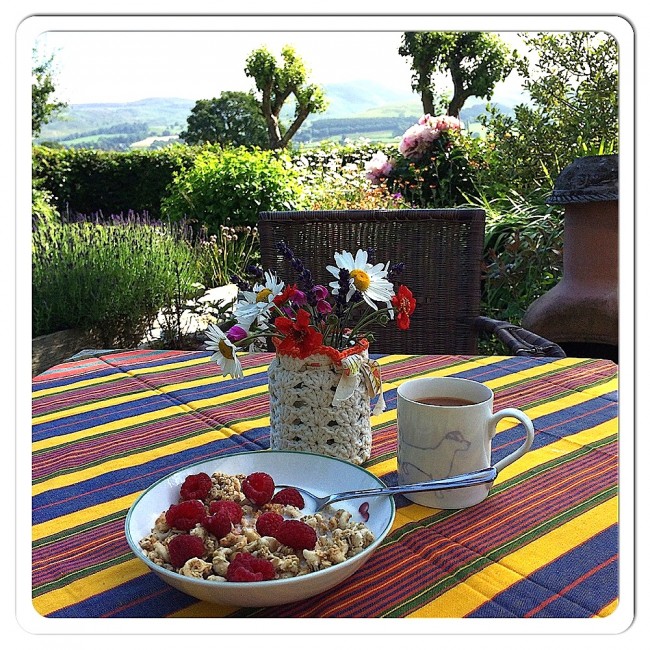 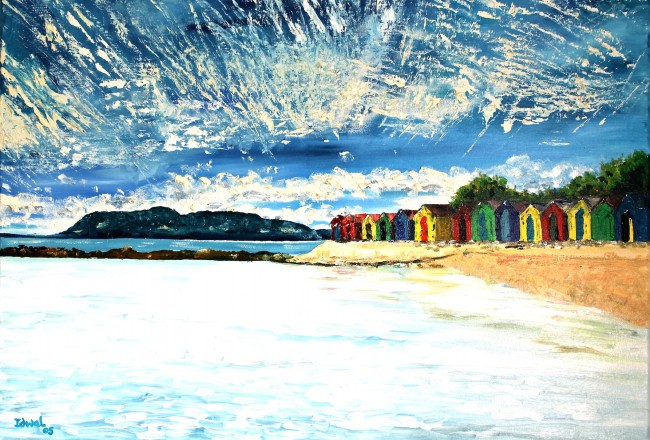 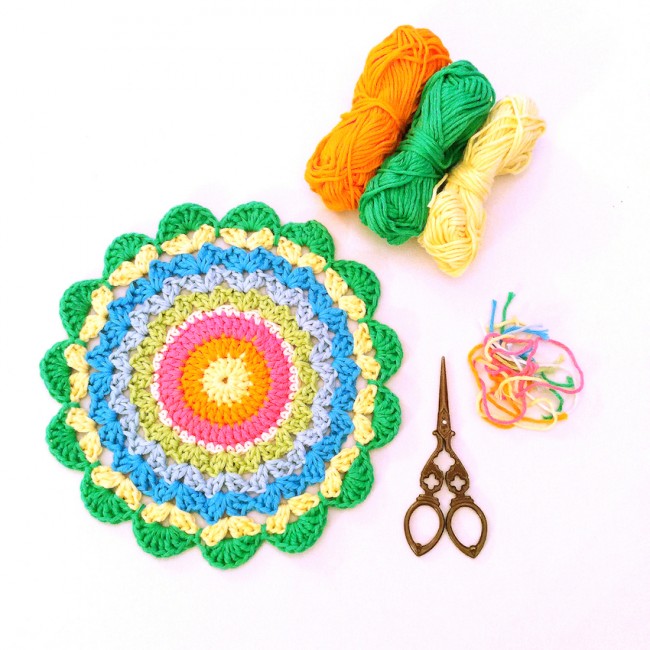 1. …tractors working in the fields

2. …flowers from my own garden

3. …beach walks with the two men in my life

4. …swishing my hands through the high grass during early morning walks

What does summer mean to you? Anything special you like to do? 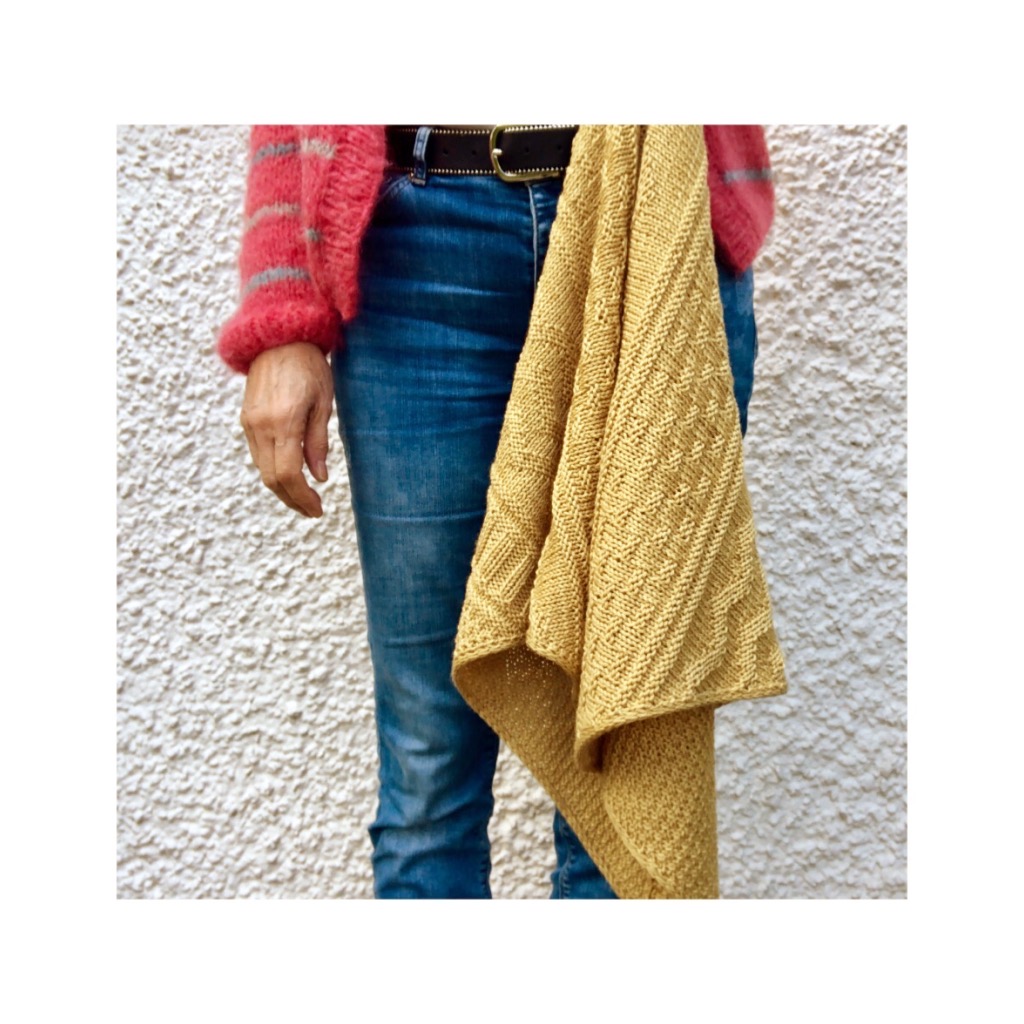