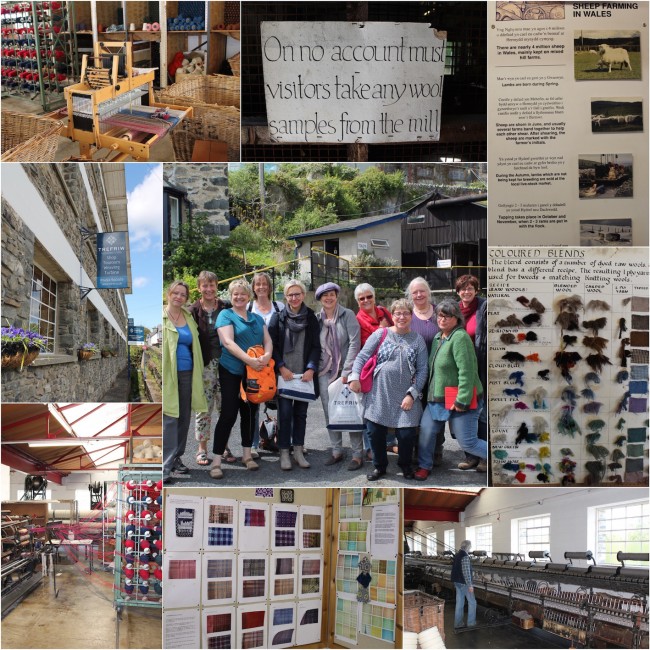 Day three, and my sun dance must have worked as the sun was out again when we woke. First stop today was the Woollen Mill at Trefriw.

At Trefriw Woollen Mills traditional Welsh tapestry bedspreads, tweeds and travelling rugs are being made using traditional Welsh patterns that have been around for hundreds of years. Trefriw Woollen Mills is one of the few remaining mills of what was once an important Welsh industry. Originally a Pandy (fulling mill) where hand spun and woven cloth was brought to be washed before the Industrial Revolution, it was situated on the fast running River Crafnant in order to use the water to drive the waterwheels and to wash the wool. We enjoyed our guided tour being shown around by Elaine who explained the mill and all the machinery to us, and we were all impressed with the skills used by the staff operating these traditional spinning and weaving instruments. The Mill is still owned and operated by the same family that originally bought it in 1859 after it had been in operation for 30 years. 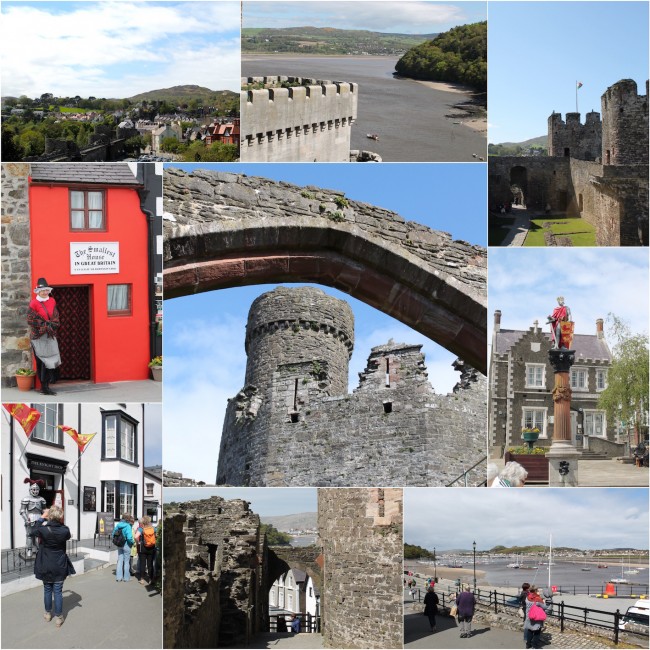 After a little lunch and retail therapy on we went to Conwy. There we found knights, boats, the smallest house in Britain and an imposing castle guarding the town.
Our knowledgeable guide Neil and his German speaking nephew gave us a brief but comprehensive history lesson of the castle. Conwy Castle is a medieval fortification on the north coast of Wales and was built by Edward I during his conquest of Wales between 1283 and 1289. Constructed as part of a wider project to create the walled town of Conwy it played an important part in several wars, withstanding the siege of Madog ap Llywelyn in the winter of 1294–95, acted as a temporary haven for Richard II in 1399 and was held for several months by forces loyal to Owain Glyndŵr in 1401.
Before the English built the town of Conwy, the site was occupied by a Cistercian monastery favoured by the Welsh princes. The location also controlled an important crossing point over the River Conwy between the coastal and inland areas of North Wales. The kings of England and the Welsh princes had fought for control of the region since the 1070s and the conflict had resumed during the 13th century, leading to Edward I intervening in North Wales for the second time during his reign in 1282. The building of the castle was controlled by Sir John Bonvillars and overseen by master mason James of St. George, and the first phase of work between 1283 and 1284 focused on creating the exterior curtain walls and towers. In the second phase, from 1284 and 1286, the interior buildings were erected, while work began on the walls for the neighbouring town. By 1287, the castle was complete. The castle housed the constable who, by a royal charter of 1284, was also the mayor of the new town of Conwy, and oversaw a castle garrison of 30 soldiers, including 15 crossbowmen, supported by a carpenter, chaplain, blacksmith, engineer and a stonemason.
Today the Castle is still one of the most imposing buildings in North Wales and UNESCO considers Conwy Castle one of “the finest examples of late 13th century and early 14th century military architecture in Europe”. 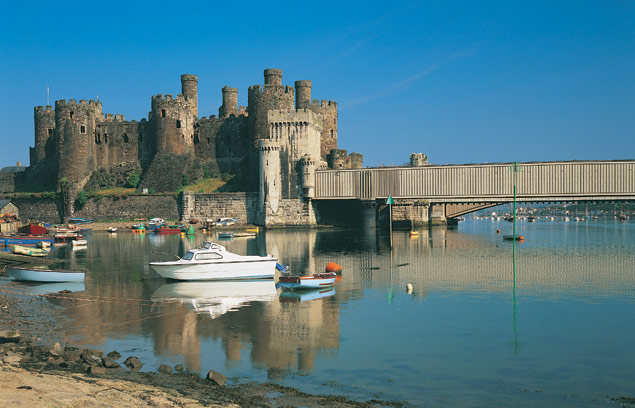 The drive home took us through beautiful Welsh countryside and we arrived back at the Hotel to a delicious meal followed by the arrival of my knitting group for some German/British knitting fun. A wonderful day was concluded by an evening of chatter and a lot of laughter. Knitting and crafts bond us all together and we are already looking forward to our visit to Germany in June.
Day four awaits, I better get a move on!
X.
PS: To see and read more about our fabulous week visit Claudia’s blog here.