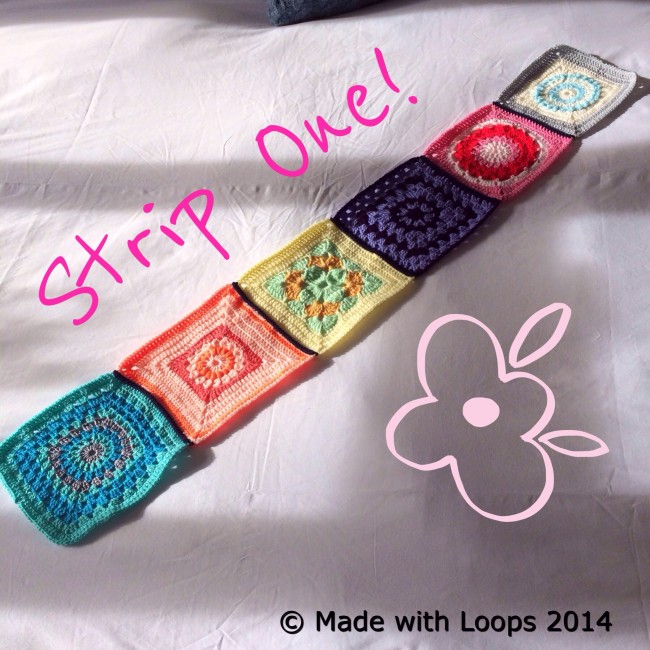 Almost two month’s into our crochet along, so I thought it was about time I gave you an update on how it is progressing here at Made with Loops.

You recall, I am doing one square per week at 20 x 20 cm, and my goal is to make 60 squares. This should produce a decent sized blanket of about 120 x 200 cm at the end – above is the first strip of six squares assembled, and I am pretty pleased so far.

Initially I thought I would do four or five different patterns and then repeat those, but so far I have crochet a new pattern each week, and it now looks as if I will be doing at least twelve different designs.

I am sharing all the patterns with you for free! Just find Crochet Mood Blanket 2014 at the top menu bar which has two drop-down menus. One shows close up photos and a short mood story behind the design, the second drop-down is where you can find the patterns. I also have a dedicated album in the Crochet Mood Blanket 2014 group on Facebook, come and join if you haven’t already done so. 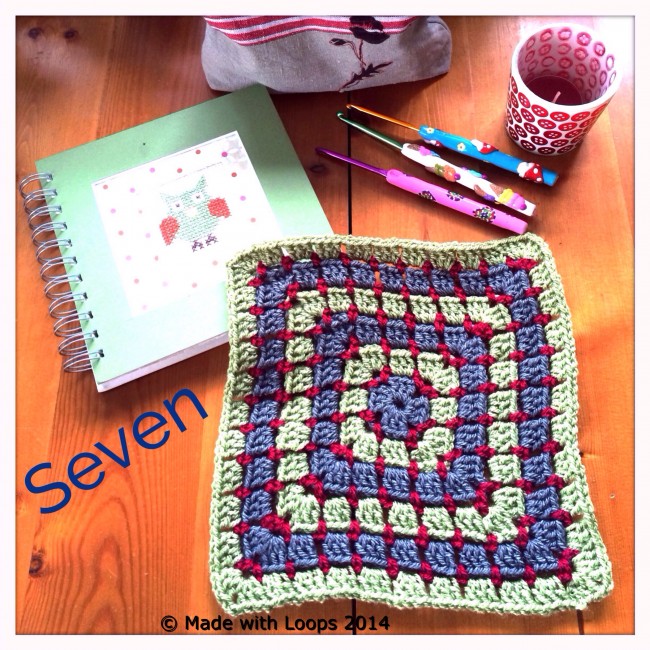 I have gone back to basics with this square, using the traditional granny square pattern but jazzing it up by boxing the groups of treble’s in with rounds of double crochet. I chose Earth tones – warm and cosy!

This has been a dreadful week weather wise. We have had rain rain rain and 108 miles per hour storms were recorded. It was very scary!! The earth is totally soaked with water standing almost knee deep in the fields around us and there is only one thing one can do at times like this…keep indoors and stay warm and cosy.

I hope you enjoy making these squares…