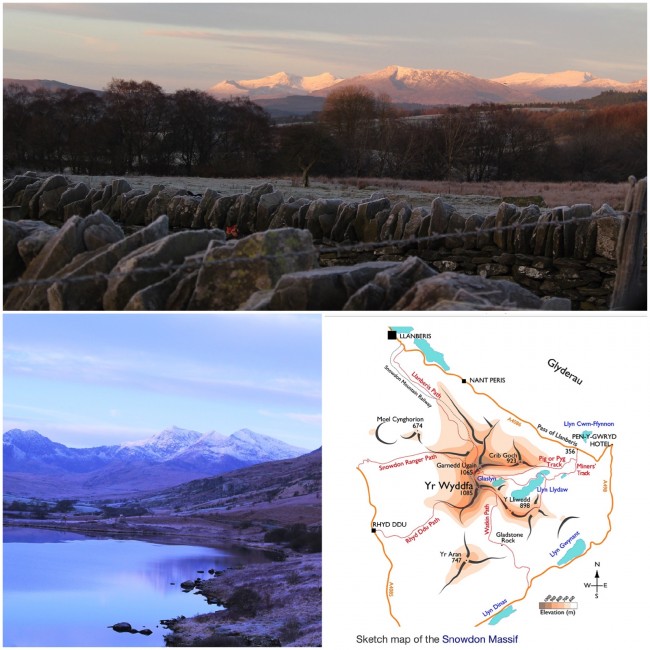 First of all I would like to wish you all a very happy New Year, may 2015 bring you happiness and joy, good health and everything you wish for!

We rang in the New Year partying the night away with some friends of many years, drinking too much champagne as is expected that night. On our long drive home we decided that we would attempt to climb Mount Snowdon as soon as the weather allowed. So on Sunday morning we set off at the crack of sparrow, all our kit stowed in the car, Rucksack packed with flasks and snacks, and not forgetting Max the dog.

The Snowdonia Range is about one hours drive from us, and as we approached the sun was just getting up basking the mountains in a beautiful glow.

Snowdon is the highest mountain in Wales, at an elevation of 1,085 metres (3,560 ft) above sea level, and the highest point in the British Isles outside the Scottish Highlands. It is located in Snowdonia National Park in Gwynedd, and is a designated national nature reserve for its rare flora and fauna.

The cliff faces on Snowdon, including Clogwyn Du’r Arddu, are significant for rock climbing, and the mountain was used by Edmund Hillary in training for the 1953 ascent of Mount Everest.

Snowdon offers some of the best views in Britain. The summit can be reached by a number of well-known paths, and by the Snowdon Mountain Railway, a rack and pinion railway opened in 1896 which carries passengers the 4.7 miles (7.6 km) from Llanberis to the summit station.

The name Snowdon is from the Old English for “snow hill”, while the Welsh name – Yr Wyddfa – means “the tumulus”, which may refer to the cairn thrown over the legendary giant Rhitta Gawr after his defeat by King Arthur. As well as other figures from Arthurian legend, the mountain is linked to a legendary afanc (water monster) and the Tylwyth Teg (fairies). (source Wikipidia) 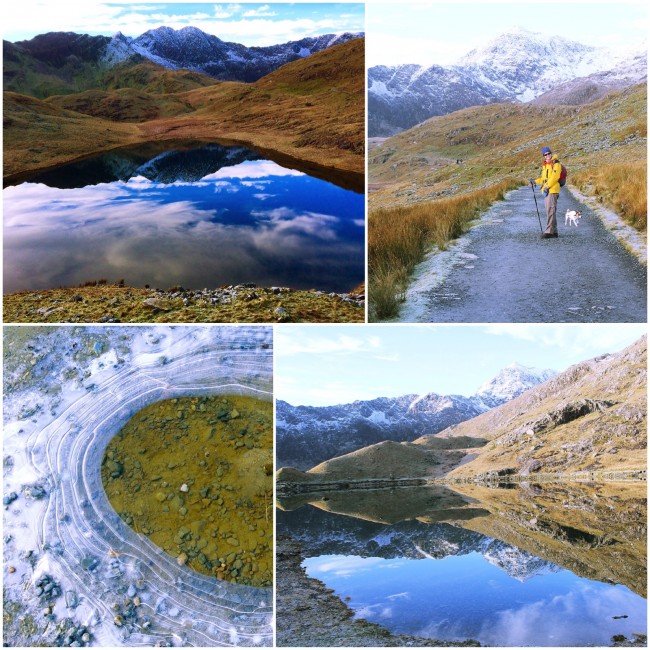 We started walking on the Miner’s track which eases you in gently and offers some of the most amazingly stunning scenery. The sun was shining and there was no wind, blue skies with a few tufty clouds in the sky…all was fabulous.

As we got higher up we encountered some icy patches, but still nothing too hard to cope with… 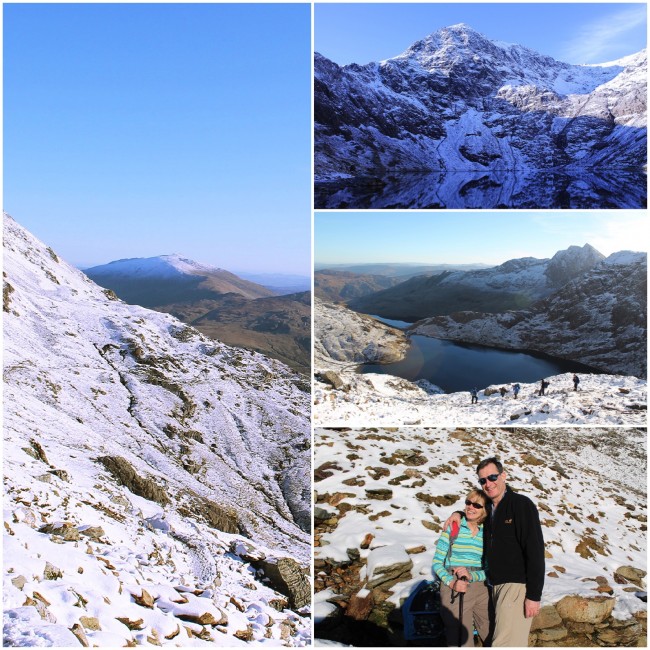 …this was not to last for long! As the climb became steeper and steeper, the snow and ice became quite hard to manoeuvre safely, and talking to some climbers who had been up at the summit, it became clear that without crampons and ice picks it would be foolish and unsafe to proceed. We felt a bit down in the dumps having to stop such a short distance from the top, but knowing how quickly a fun day out can end in disaster when acting irresponsibly on mountains, we felt elated having made it that far. Our dissent via the Pyg Track was hard as there was a lot of ice, and no sooner had we started down the weather changed. The beautiful sunshine and blue sky became a huge dark fog and mist cloud and visibility was poor, so again we were glad that we hadn’t gone any further. We had after all enjoyed some of the most stunning views this country has to offer.

We rewarded ourselves with a visit to Swallow Falls, raging at this time of year… 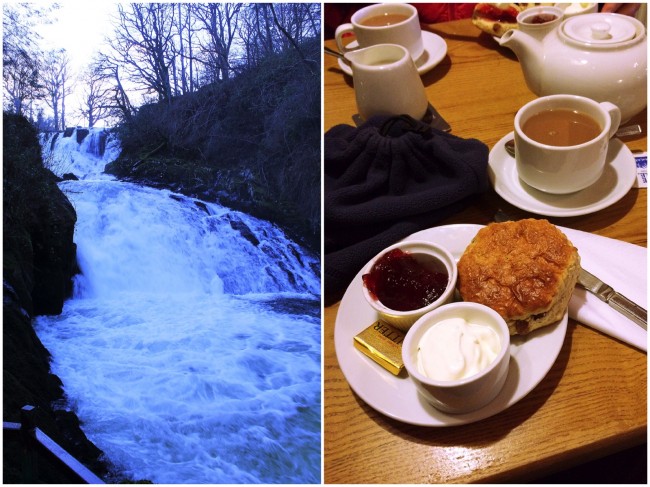 …and a generous helping of scones with all the trimmings!

A great start to the New Year! 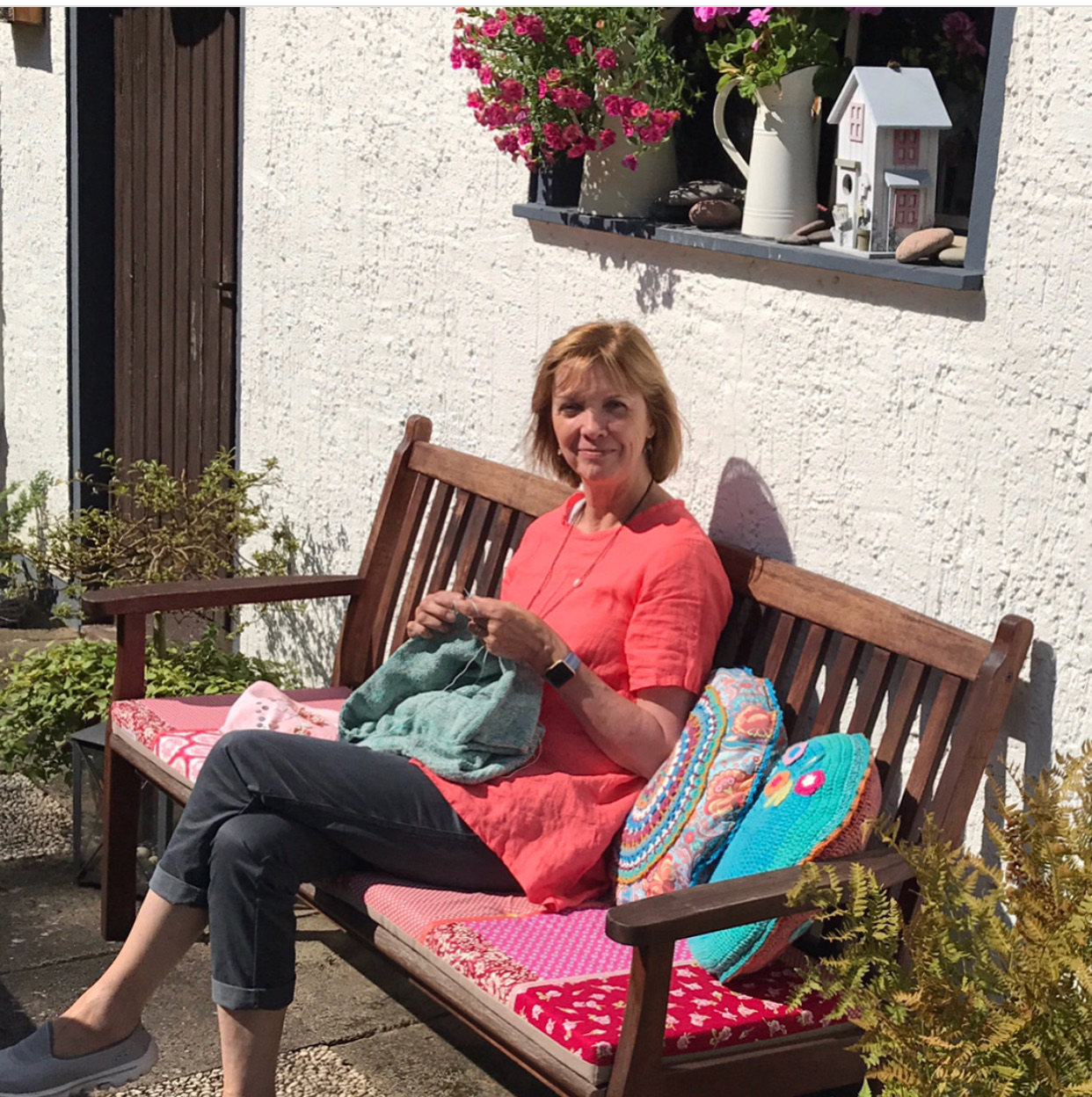 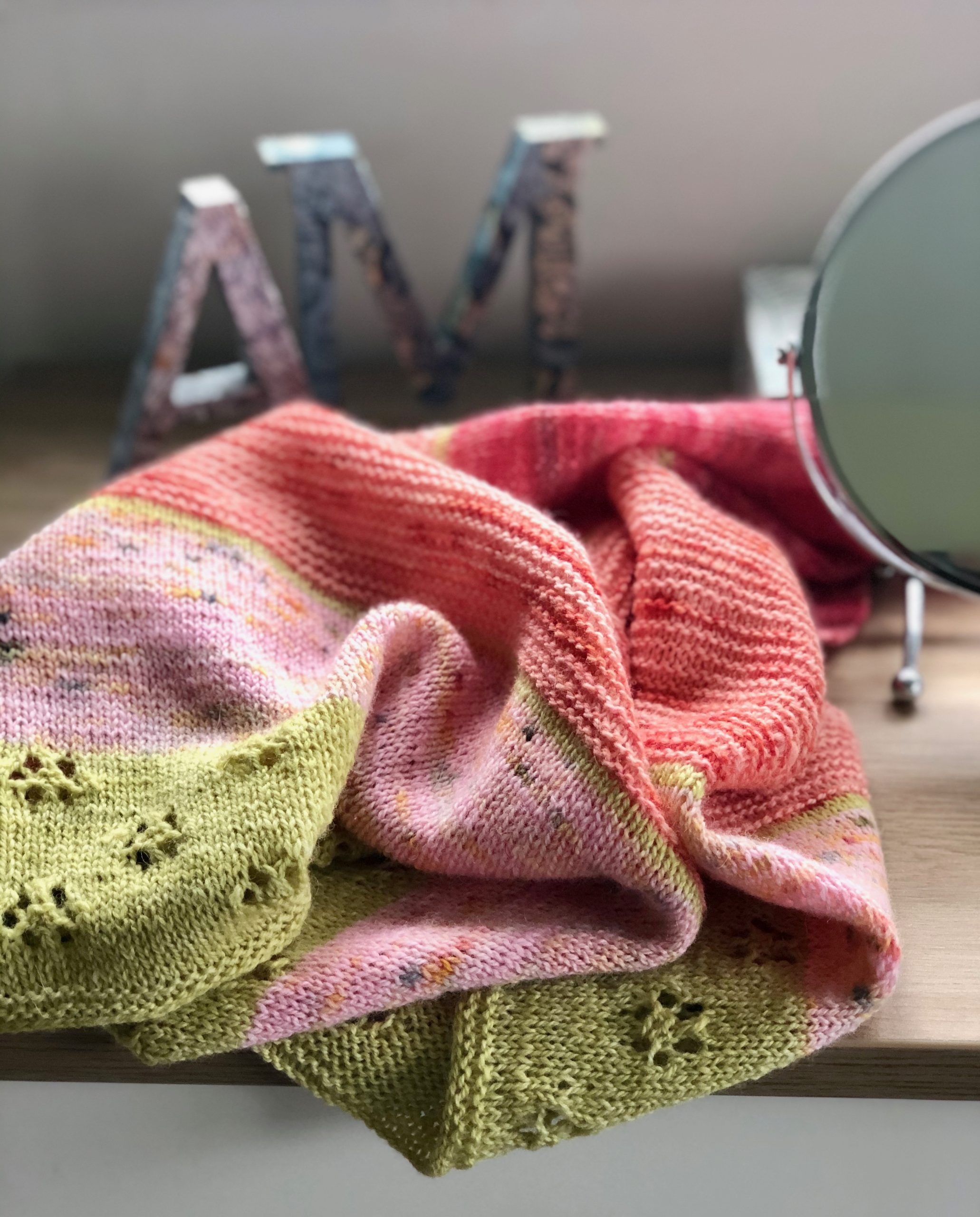 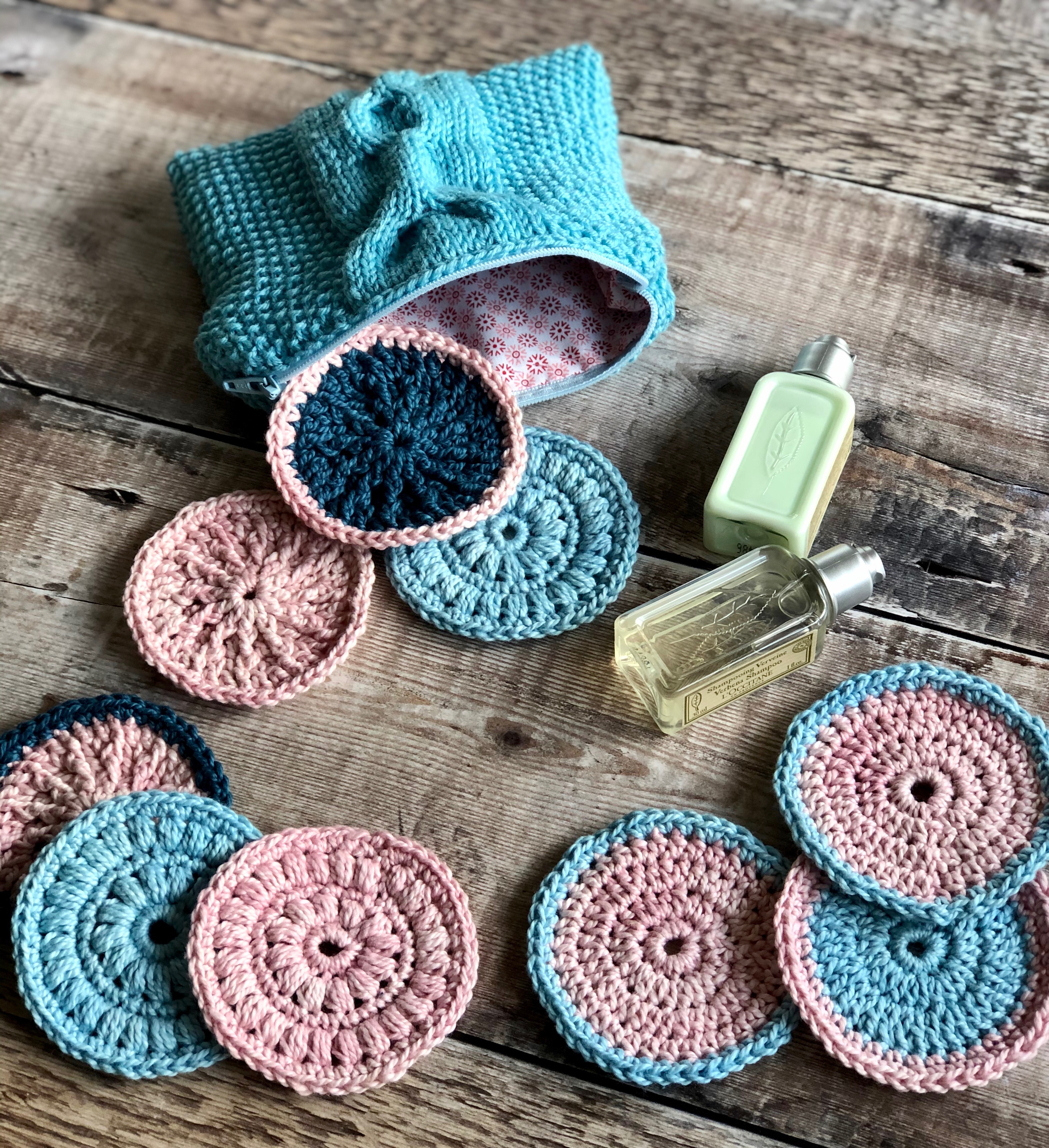